With the advent of 8K resolution in consumer electronics, such as big-screen televisions, one might wonder about the potential of this resolution in the security world. Due to factors such as network bandwidth and pricing, 8K security cameras still have not broken through the market. In this article, we will look at why that is.

Show Page Contents
What is 8K?
8K v 4K v HDR
Where are 8K Cameras used?
Why are there no 8K Security Cameras?
8k TVs
Potential of 8K in Security
The Verdict
Sources

8K resolution is the highest resolution known in commercial cameras to date. An 8K resolution camera can zoom in on any detail without losing focus or compromising the image quality. Technically, 8K resolution has twice the number of pixels than 4K resolution, so it provides better contrast, detail, color depth, and zooming.

8K technology is most commonly used in stadiums for large sporting events. It can also be used in airports and other large spaces.

You might have heard about 4K being the highest and best resolution in modern-day televisions. Most of the latest televisions are 4K today, however, the next big thing is 8K. Televisions with 8K resolution are usually large in size, with some screens being up to 85 inches wide.

Though documenting using devices with 8K resolution sounds appealing, it is not necessary for anyone who is not a professional cameraman.

If you know your resolutions, the difference between 1080p and 4K can be noticeable. The bigger the screen, the more noticeable the difference. However, you can still get a 1080p security camera and enjoy good-quality footage.

Unlike 8K, 4K, and 2K, HDR is not a resolution rating. It is a bunch of technical specifications that increase the quality you get out of a 4K resolution. You receive better color depth, more dynamic pictures, better frame transitions, and a lot more colors. HDR is a standard technology that helps you get more out of your resolution.

Where are 8K Cameras used?

At the moment, 8K technology is on the rise. It has not reached domestic consumers yet, however, 8K cameras are being heavily used by professionals in the field of cinematography and camera work. You will most commonly encounter 8K cameras in commercial and professional settings.

One popular example is large sporting events that are being televised. Cameramen use 8K cameras to record in stadiums to be able to zoom in on individual players or members of the audience without losing focus or clarity of the image. Where 1080p and 4K cameras would give you a blurry image upon zooming in, 8K cameras keep the image very sharp and realistic.

Similarly, cameramen and professional photographers use 8K technology to provide the highest possible quality of image.

Why are there no 8K Security Cameras?

On the face of it, it seems as though 8K should be the perfect security solution. It would allow you to zoom into individuals’ faces in the case of house intrusions and provide the highest quality of image. That would help solve a lot of crime, wouldn’t it? That could work in theory. In practice, there are three main reasons why 8K technology has not yet been implemented in the security field. We are talking about the high price of the camera, its physical size, and the network compatibility issues it would face.

To put it simply, 8K technology is expensive. Perhaps it could be used in places that require high security, such as national banks, museums, and galleries. However, the quality of 4K cameras is still good, so they do not need to be replaced just yet.

8K cameras are significantly bigger than regular security cameras. If you are looking for a security camera for your home, you can easily find a small device that would not be very noticeable. You can hide it from intruders and prevent it from being vandalized.  Unfortunately, you would not be able to do the same with an 8K camera. For starters, it would probably be very big and noticeable.

An 8K camera does not connect to a network as easily as a 4K camera does, due to the large amount of data it would accumulate.

8K resolution sounds like it would be twice as good as 4K. However, it is very expensive and there is no guarantee for a significantly better image unless you are watching from a giant screen. Additionally, to enjoy television with 8K resolution, you need 8K resolution content, which is not widely available just yet.

Furthermore, 8K televisions are becoming increasingly common, so if you can afford the extra spread, they might be worth looking into.

Potential of 8K in Security

There is tremendous potential for 8K technology in the field of security. It might take a while before 8K security cameras reach individuals and homes, however, they are on their way to businesses and commercial spaces already.

We see 8K technology currently being used in film making, professional photography, and large spaces that cannot have multiple cameras at work, such as stadiums. This is the future of 8K technology!

8K resolution provides the highest definition that we have ever worked with. Imagine the difference it would make in the image quality. Today, we use technology, such as zooming, panning, and cropping, on a daily basis. Unfortunately, 4K resolution often cannot withstand such manipulation without compromising the quality and colors. 8K resolution would be able to offer us unmatched detail, which is so important in the field of security and safety.

At the moment, multiple cameras need to be used to cover large spaces. That is often very costly and inconvenient as you have to manually compare the view from different cameras. Public spaces, such as malls, stadiums, schools, hotels, and hospitals, could get the coverage they need with just one camera with 8K technology. When access to 8K technology is being given to more consumers, it will make its way to more commercial properties.

8K cameras could help us enforce security measures and more. Property managers will be able to monitor public places and ensure the safety of everyone with just one camera.

Technology is evolving faster than we can imagine and it is getting harder to keep up. 8K technology is no exception as it is slowly but surely making its way into our lives. Security cameras with 8K resolution will follow suit soon enough. For now, you can continue to enjoy sporting events in 8K! 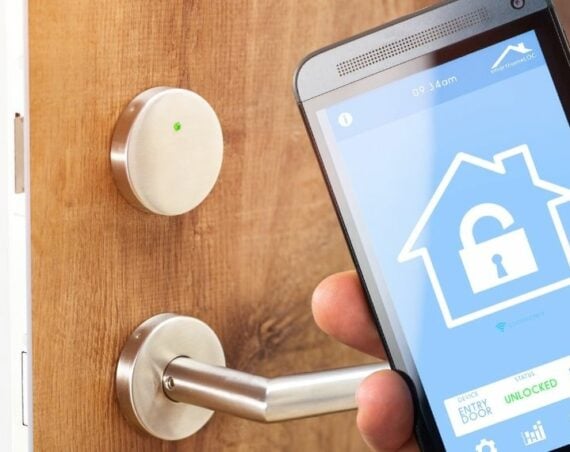