The Matter protocol is an absolute game changer in the smart home industry. With the backing of the tech giants, it promises a future of seamless device interoperability. Device installation will be simple and intuitive with no more manufacturer apps to download and maintain.

Through Matter bridges, existing Z-Wave and Zigbee networks will be able to communicate with new devices.

At Smart Home Perfected, we are very excited about how Matter will change the smart home landscape.

While there are no Matter devices currently on sale at present, once they hit the market, we'll feature them here.

Need Help with a Smart Device?
Get a Free Estimate from a Trusted Local Pro
Installation · Setup · Maintenance · Repairs · Replacements
Get Started

What is the Matter Protocol?

Matter, previously known as Project Connected Home over IP, is a communication standard aimed at improving interoperability between different classes of IoT devices.

The Connectivity Standard Alliance, under whose umbrella the project falls, intends to streamline the IoT market by providing common standards for both manufacturers and customers.

Manufacturers that comply with the standard can have their matter devices seamlessly connect with devices made by other manufacturers, thus increasing the functionality and speed of their IoT infrastructure.

For consumers, having all their devices follow the same standard will mean that they won't need multiple interfaces to interact with their smart home.

Instead of having apps from every manufacturer they buy from, they can use one app that’ll help them interact with every Matter device.

Matter will be leveraging Wi-Fi and Thread networks to get the best from both high bandwidth and low latency communications.

With such potential, it is no wonder that the tech giants Apple, Amazon, Google, and Samsung have all joined the CSA in developing Matter.

What is the Connectivity Standards Alliance and who is in it?

The Zigbee Alliance rebranded itself into a more generic name, the Connectivity Standard Alliance. The move is a significant moment in the history of the alliance and is illustrative of the evolution of this organization in the 21st century.

The Zigbee Alliance was established in 2001 by several companies that were preparing to enter the IoT domain. The alliance maintained and published international standards for the Zigbee protocol, which eventually became one of the most popular interfaces for connecting IoT devices.

For the past two decades, the organization has published and standardized application profiles that help OEM (Original Equipment Manufacturers) vendors make their products more interoperable in the contemporary IoT space.

With almost 300 million Zigbee Alliance Certified products launched in the IoT and Home Automation market, the alliance members have grown to more than 300 companies including the likes of Legrand, Comcast, Ikea, SmartThings, and Amazon.

The alliance offers different forms of memberships and certifications. Members of the alliance can vote on contemporary issues related to the IoT space and contribute to the development of the organizations’ standards. IEEE’s 802.15.4 standard, which is associated with Zigbee, contains significant contributions by the Zigbee Alliance.

With the advent of Matter, the IoT space is expected to grow quickly over the next few years. In the backdrop of these developments, the alliance decided to rebrand itself as the Connectivity Standard Alliance. With this change, it is clear CSA aims to dominate the IoT standards domain and eventually become the benchmark that every manufacturer will need to adapt to.

What is the difference between Matter and Thread?

Simply put, Matter operates at the Application Layer whereas Thread operates at the Network Layer. Matter will be the common language for devices to communicate in, while Thread will be doing the actual communicating!

At the Application Layer, Matter will handle security, message routing, and enforce a common language for devices via a standardised data model.

It will be embedded in a controller such as a smart speaker/display, smartphone, mesh router (e.g. Homepod Mini, Nest Hub) etc.

At the Networking Layer, Matter will exclusively deploy Thread as its radio protocol for low-power and small data-consuming devices.

For devices that require higher power consumption and data transfer (such as security cameras) Matter will use Wi-Fi.

Thus, Matter will deploy a combination of Thread and Wi-Fi for its communication mesh.

What is the difference between Matter and Zigbee or Z-Wave?

While Zigbee and Z-Wave have certainly cemented themselves in the industry over the past decade, they may be soon overtaken by Matter.

Matter addresses many drawbacks of Zigbee and Z-Wave. Before we list the differences, we should tell you that Matter will mostly affect the application layer and these protocols might still find a way to evolve into Matter compliant devices. You can read more about it in the next section.

Unlike Zigbee and Z-Wave, Matter uses both low and high frequency communications (via Thread and Wi-Fi). We’ve heard through the proverbial grapevine that CSA is trying to implement blockchain technology to make the communication mesh more secure as well!

Zigbee and Z-Wave are both radio protocols that use separate bandwidths and power ratings. Zigbee is more common because of its higher frequencies and better data transfer speeds, but Z-Wave offers better range and (arguably) reliability.

How will Matter devices communicate with existing smart home networks?

Bridges will be used to relay communications between existing Zigbee and Z-Wave smart home networks, making them more like peripheral devices. While the details are to be worked out, there is a wide range of possibilities in which you get to keep your current setup and still use Matter devices.

It’s important to note that most of the engineering that goes into Matter technology is aimed at the application layer of the current IoT OSI models.

Considering the data management capabilities of Matter, communicating with these devices should not be much of a problem. The Communications Standard Alliance ensures users on its website that it is still committed to Zigbee.

How will I recognise a Matter device?

You’ll notice the trademarked Matter symbol on the device. The symbol looks like three arrows pointing towards the center. Of course, you will also be able to find some pretty glaring specs on the box, such as better data transfer capabilities, a wider range of operating frequencies, better proximity range, Thread and Wi-Fi connectivity options, and CSA compliant symbols on the box.

Considering the amount of hype surrounding the release of Matter, we’re pretty sure the marketing teams of the tech giants will make sure that Matter devices are well advertised!

Currently, Matter is in the final stages of its development phase and none of the CSA vendors have any Matter devices in the market yet. We expect that to change in a month or two, so keep checking our website if you don’t want to miss anything. Rest assured we’re on top of it!

In the meantime, if you haven’t checked out the latest Thread devices, we suggest browsing a few just to calm your appetite (like the Homepod Mini or the Nanoleaf and Eve Home Kits).

Matter will use Thread protocol for low power communication in its network.

IoT’s greatest challenge has always been interoperability. Vendors have been using their own user interfaces which have made consumers go through tedious learning curves and still not end up with inter-brand compatibility.

While there have been many application platforms over the past few years that claim ultimate interoperability, Matter is the only one that has been backed up by so many tech giants!

With CSA adding members every week, it seems we will finally have a communication network that’ll connect our entire smart home with one app on our phone. 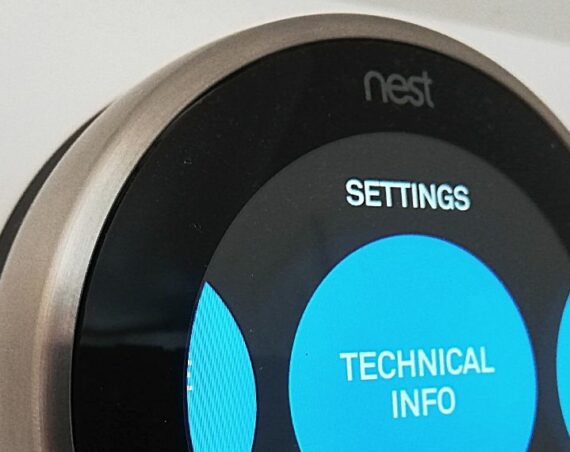