As part of our smart bathroom series, we dive into ways you can save water and energy in your washroom. Showers can be one of the largest consumers of energy, particularly when electric-powered. Investing in a shower timer shut-off device is a great way to limit that cost. 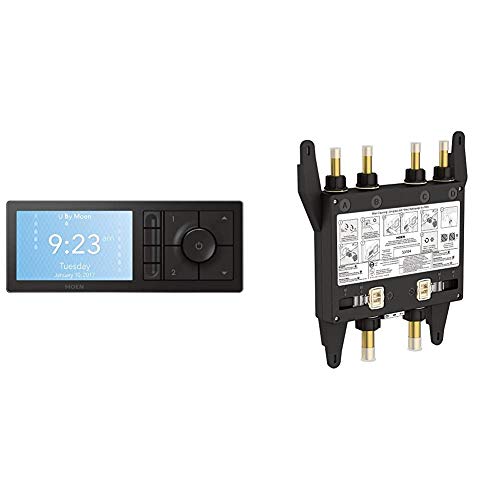 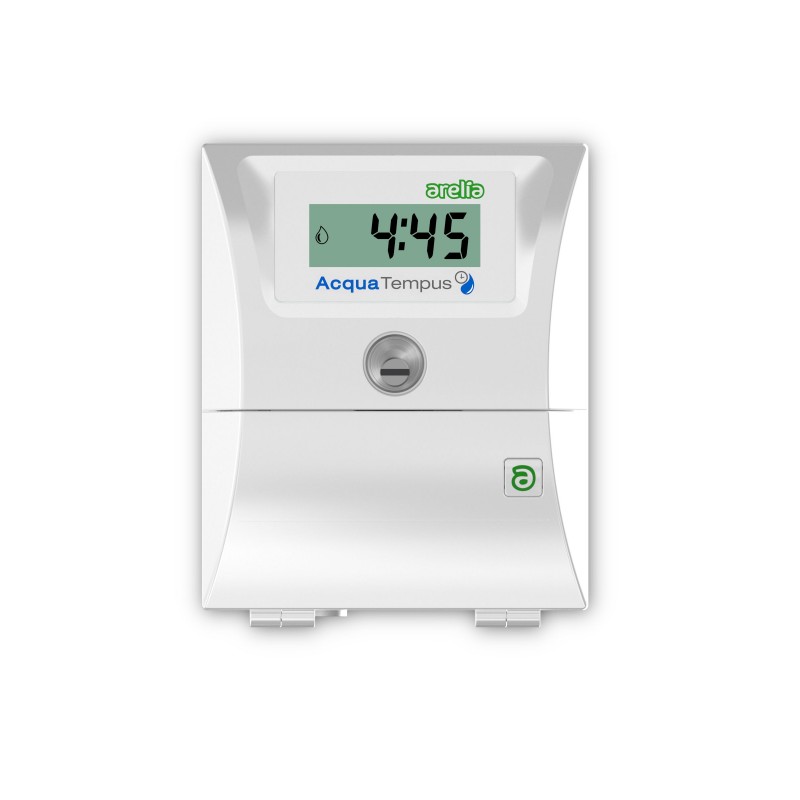 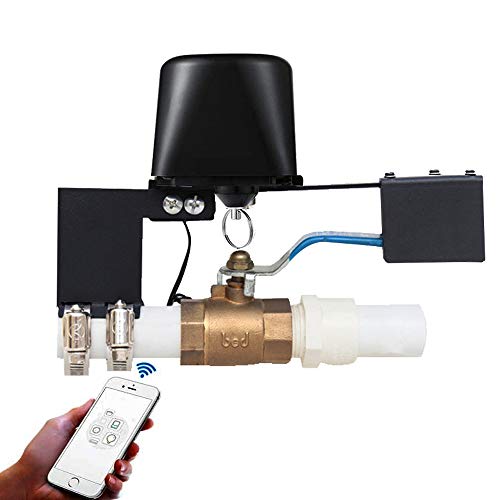 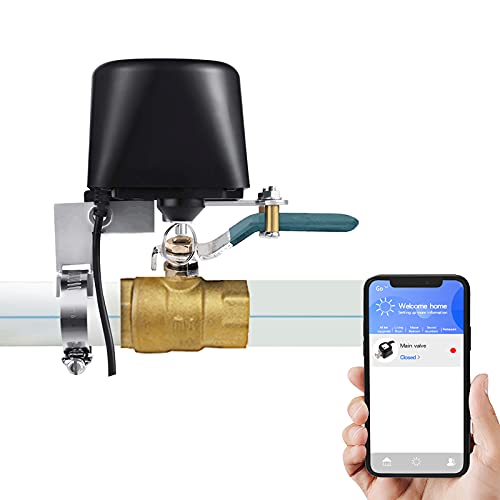 These automated devices can help you significantly cut down water and power wastages. You can set up time and temperature routines, to ensure you stay within the water and energy quota. Additionally, some timers also have voice assistant compatibility, making them compatible with your smart home devices.

We provide two options you have to set up a timer shut off on your shower system along with the best devices available in the market right now.

What is a shower timer?

A shower timer is an automated device designed to help you time your showers. The primary purpose of installing these devices in your bathroom is to track water and power usage, reducing wastage on the two.

Shower timers come in a range of designs and sizes intended for residential and commercial use. Different designs offer different features and functions. However, they also boast similar functions.

Generally, a shower timer allows you to manually start the timer or set it to shut on and off automatically.  You can choose to install the timer inside the shower; allowing you to track usage in real-time.  Installing a shower timer is pretty simple.

Simply attach a mounting tool or support on the vertical shower bar and securely hang the timer on the mounting tool using screws. Lastly, screw the shower water hose onto the timer’s outlet and connect the time’s hose into the tap. The timer should be ready for use!

Benefits of an Automatic Shower Timer

An automatic shower timer has the primary advantage of saving water and gas bills. But, this is not all a shower timer will do for your home. There are plenty of other perks that come with using a shower timer.

Using a shower timer allows you to track your bathroom trends. You can use the timer to track exactly how long you shower and how much water you use. Thus, in the future, you can even self gauge without having to use a timer.

You can also use a shower timer as an alarm clock – allowing you to time your showers. Thus, you can set yourself to use a specific amount of water at a specified time.

Programmable automatic shower timers allow you access to more automated features. You can set schedules, pre-program your shower time, and enjoy other features to improve your overall experience.

This smart shower system supports a programmable timer and automatic shut off
View Price
On Amazon.com

The Moen Shower Timer Valve features a digital thermostat design for accurate water temperature control. What makes this shower system unique is that it doesn’t only track water and energy usage. It supports accurate temperature control and has an advanced timer, countdown and shut off system.

The Moen smart shower comes in two parts. The first is the smart valve which can be ordered in either a two-valve or four-valve configuration. The second is the shower controller which displays the temperature on a 5-inch LCD screen along with the countdown timer when configured.

As there is both plumbing and electrics required, we recommend hiring professionals to assist with the installation.

You can create personalized presets to adjust the temperature to each person's liking. The shower system integrates with most voice assistants so you can start your shower through Alexa, Siri, or Google Assistant compatibility.

Details on how to configure the shower timer and automatic shut-off feature can be found here.

Includes safety lock to stop someone bypassing the device
View Price
On areliametershop.com

Featuring a programmable design, the Acqua Tempus Shower Timer affords you the freedom to set it to the distinct modes for showering and shut-off. So, the next time you hit the showers, you don’t have to spend precious time fumbling around with the controls.

While Arelia are a Spanish company, they ship their Acqua Tempus shut off devices worldwide.

The shower timer features a no-electricity installation process. All you have to do is interconnect the shower and timer hoses into the timer and shower itself.  It goes in between the power supply and your shower head.

The programmable shower timer shut-off is powered using a rechargeable lithium battery so that you can use it for longer. The programming panel offers three phases, i.e., shower, lathering, and delay or standby. Plus, each phase is given a window of up to 10 minutes each. Turning on the shower automatically starts the timer’s function.

The device cuts off the water supply at the programmed time. It is a great device for limiting children from wasting water as well since it comes with a lock and key to the controls.

The Shower Guard Shower Timer features an efficient smart design, allowing you to save up to 30% of your water and energy usage. The smart shower timer comes in a choice of low pressure and mains pressure.

The shower timer features a no-electricity installation process. All you have to do is interconnect the shower and timer hoses into the timer and shower itself. After that, you can start tracking your usage. It is recommended to install it on the hot water pipe to save both water and energy.

Using the smart shower shut off, you can preset your shower time between two and twenty minutes. Thus, you can enjoy your relaxing showers, resting assured that the automatic shower timer will shut off the water when the time is up.

During the last minute, you will receive two reminders the 30s apart through a brined spray of cool water, to remind you that the time is almost up.

It is controlled through turnable knobs at the back, so changing the settings every day might be a challenge.

ShowerBoss offers both residential and commercial shower timer cut-off systems which you read about here.

If the devices listed in this article are all too technical, then a low-tech way of reducing water consumption would be to install a self-closing valve, like this one here. These are common in shower rooms in gyms and locker rooms.

Next up on our best shower timer shutoff list are smart valves. When installed on the incoming pipework to the shower, they allow you to remotely control the flow of water.

As these devices can be programmed in a smart hub and can interact with other devices, you can get creative on creating a shower shut-off system.

The Owfeel Wifi & Bluetooth Water Valve is optimized with human-friendly and convenient features to optimize its user-friendly. The smart friendly water valve caters to a wide range of applications, allowing you to integrate it into your smart home system.

The wifi water valve is designed to work in a range of applications. You can use it anywhere from your shower to the sprinklers in your garden. The water valve also pairs with your home’s smart smoke sensor system.

When it comes to the operation, the valve can be voice-controlled via Alexa, Google, and Homekit. Additionally, you can remote control it using its app or Bluetooth if you are within 3 feet from it.

You can set it up with a smart smoke sensor as well, to use it as a sprinkler in case of a fire.

The Arcware Smart Water Valve supports smart Wifi control of your water or gas supply. The automatic shower shut off timer features a waterproof design thanks to its rugged housing and cap-type build.

The automatic shower timer allows you to attach it to the ball valve without removing the pipeline. Thus, its installation is quick and easy.  The shut-off timer also features a motor clutch you can operate manually to avoid power loss.

The versatile water valve supports various applications. You can use it for an automatic home gas supply, irrigation, cultivation water supply, or simple sink water supply.

It also offers several modes of control. You can opt for the Alexa/Google voice control, or Wi-Fi app remote control.

This smart shower system supports a programmable timer and automatic shut off
View Price
On Amazon.com

The Moen Shower Timer Valve features a digital thermostat design for accurate water temperature control. What makes this shower system unique is that it doesn’t only track water and energy usage. It supports accurate temperature control and has an advanced timer, countdown and shut off system.