Air duct systems are the most common method for heating/cooling. They are reliable and less expensive than some other systems. However, if air ducts aren’t pre-installed in a building, installation could be complex, expensive, and invasive. So, if you are in search of a less invasive method that’s highly efficient even for small spaces, then a high-velocity air conditioning system may be the answer.

What is a high-velocity HVAC?

High-velocity HVAC systems work similarly to conventional centralized forced-air systems with the biggest differences being in the size and material of the air ducts and the speed of air circulating through the system.

By design, high-velocity HVAC systems use flexible mini ducts and small air vents. This allows the airflow to move at a higher speed through the ducts due to high pressure and, as a result, the rapid circulation of air will quickly adjust the room temperature as needed.

In addition, the high velocity of the system is produced directly at the air vents which means that ramifications or bends in the duct system will not influence the flow of the air.

The well-designed mini ducts are perfectly insulated and can reduce air leakages by up to 5% compared to traditional forced-air systems. Furthermore, thanks to their small size, installation is far easier and also less invasive.

For homeowners considering retrofitting their HVAC system, choosing a high-velocity system may turn out to be very convenient. With smaller system components and mini ductwork, you will not only produce less damage to your house during the installation phase but also save additional space.

One of the major differences between high velocity air conditioning and conventional HVAC systems is the way the air is handled.

Conventional forced-air systems blow air only when needed, while high-velocity air systems are continuously pumping air. This process is called aspiration, which constantly moves the air and keeps the room temperature at a constant value, as given by the thermostat.

This can be very handy, especially when you’re not so keen on experiencing temperature fluctuations or a long response time.

Even though the air handler is constantly running, it will not drive energy costs higher. High-velocity systems are extremely energy-efficient, delivering fast cooling and warming, as well as eliminating cold and hot spots.

Mini-split air conditioning systems are typically more expensive to purchase than high-velocity systems. Even though mini-split systems rely only on outdoor and indoor units, thus completely eliminating the need for ductwork, the initial costs will still be higher.

However, mini-split systems are most cost-effective in the long run thanks to their low energy consumption.

Mini-split systems have proved to be an efficient alternative to high-velocity or other conventional HVAC systems. With no ductwork required (excluding any potential air leakages), you could save up to 20% on your usual energy bill.

On top of that, mini-split systems include advanced compressors that are specifically designed to save energy.

If you are planning to set up multiple zones throughout your house, mini-split systems help you do that. For instance, you may want to set the temperature differently for each room. But note that in order to achieve this, you need to install multiple units as well – normally, one unit for each room.

Compared to mini-split systems that require multiple units installed in different areas of your house, high-velocity systems can easily go unnoticed. Their components come in small sizes – for example, the air outlet vents can be discreetly mounted on the wall – which is a big plus.

Unlike mini-split systems, high-velocity systems produce more sound when operating. This happens due to the air being constantly transferred through the vents and into your house at a high-speed rate. However, newer high-velocity systems include mufflers able to attenuate the noise and keep the ambiance comfortable.

The non-invasive nature of high-velocity HVAC systems is maybe one of the biggest advantages. It offers maximum efficiency without interfering with the appearance and design of your home.

With no heavy ductwork or large air grilles, you don’t need to take down your walls or ceiling to install them. On the contrary, small and stylish air vents can easily be fitted into the walls of your house without many renovations.

Another big advantage of high-velocity HVAC systems is that you will get the desired temperature faster than you think. This is highly preferable for those homeowners that are always on the go and need an HVAC system with a fast response rate.

With the capability of quickly reaching the temperature set on the thermostat, high-velocity systems let you manage sudden temperature changes easily.

Usually, installing a high-velocity HVAC system is quite easy with no need for major restoration or reconstruction compared to traditional central air systems. High-velocity systems include a series of flexible ducts, less than half the size of regular air ducts, which can be easily installed without taking up too much space.

In addition to that, you can now replace those old metallic air grilles with small and discrete outlets that will fit perfectly in any corner.

High-velocity HVAC systems produce less noise than conventional low-velocity systems, keeping your home’s ambiance warm and relaxing. Even though air moves through at a higher speed, the dedicated ductwork system is very well sealed, resulting in quiet air distribution. However, if you sit right next to a vent you might still find it a bit noisy.

High-velocity systems are a bit easier and less expensive to install because major changes in the building’s inner structure are not needed. However, since the inner side of the walls is not considered while installation, some complications can also appear.

Since they can be installed outside walls, electricians might not know the internal environment in the walls and might need to readjust continuously during installation. However, the overall process will still be less invasive than installing conventional low-velocity systems.

Air constantly being moved around at a fast rate can be distracting for some people, even causing discomfort. Especially when sitting close to the vents, you can feel the airstream coming out with quite some force. This can be easily avoided by placing the vents out of sight and away from dining, sitting, or sleeping areas.

Many influencing factors make a high-velocity HVAC system noisy. However, these systems are designed and built to absorb and attenuate sound more than other traditional air conditioning systems.

High-velocity systems are equipped with insulated flexible tubes that can absorb sounds and vibrations. Multiple layers of insulation are added for the purpose of attenuating shocks and vibrations caused by the constantly moving high-velocity air through the system.

Depending on your home’s architecture, you can opt for additional layers of sound-attenuating insulation for any section that may need extra sound absorption.

Noise can also be generated by insufficient air vents. For example, if you install multiple small air vents inside a room, you can get a smoother airflow as the air will be distributed evenly from various points.

Also, any objects that might block the outlets from releasing air can influence the general well-functioning of the system.

Whether you are building a new construction or just want to revamp an old custom house, having a reliable and efficient heating and cooling system is essential. Should you go with high-velocity systems or mini-split systems? Regardless of your choice, make sure you carefully evaluate all concerning factors and plan out the entire process with a professional HVAC technician. 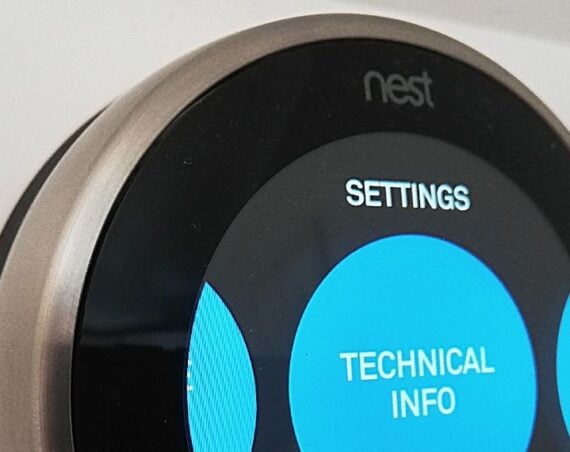