Home automation has never been more attractive, and Z-Wave is one of the most reliable communication protocols in the market right now. If you’re a new buyer, reading up on Z-Wave will help you make important decisions for your smart home network, and so, we’ve conjured up a nice and compact guide that will prepare you for the current market.

Show Page Contents
Related Articles
What Is Z-Wave?
Z-Wave Frequencies per Geographical Area
What Is Z-Wave Plus?
How Does Z-Wave Work?
What Does a Z-Wave Hub/Controller Do?
Types of Z-Wave Devices
Controller/Hub
Routers
Slave Devices
Are All Z-Wave devices Z-Wave Repeaters?
How Secure Is Z-Wave?
What is Z-Wave Long Range?
How Far Can Z-Wave Transmit?
How Do I Extend My Z-Wave Network?
The Verdict
Sources

If you're interested in Z-Wave, check out our other related articles.

20 of the Best Z-Wave Devices for Your Smart Home!

Best Z-Wave Thermostats for Your Home

Z-Wave Controllers – What they are and top devices available!

Z-Wave is a communication protocol extensively used in home automation because of its low power requirements, lower bandwidth, and more extensive range (compared to Wi-Fi). Z-Wave uses low-energy radio waves to communicate between appliances present inside its “mesh network.” Devices present within this mesh can communicate with a  central hub and with each other.

Using secure gateways, these networks can also communicate with the Internet, making them easy to control using smartphones and computers. The Z-Wave alliance, consisting of different device manufacturers, controls and operates the standards for Z-Wave technology.

Within a broad frequency range specified by Z-Wave standards, Z-Wave communication frequencies might vary depending on where you are. The reason being that every geographical location has a unique allotment of frequency spectrums. For example, the number of devices/networks using the 950-960MHz range in Brazil might be different than in Australia.

Each country/region has its own sets of standards that define the type of devices allowed to use a specific frequency. Hence Z-Wave frequencies vary in different areas. Z-Wave devices use 908.4-916MHz in the US, 868MHz to 870Hz in Asia and Europe. You can find these allotments on the Z-Wave Alliance's website.

What Is Z-Wave Plus?

Z-Wave Plus is an extension of Z-Wave capabilities. Devices can be certified as Z-Wave Plus devices by the Z-Wave Alliance. These devices use the next Gen or Generation 5 of Z-Wave, which are the most advanced versions on the market right now. Z-Wave Plus certified devices have better speed and are much easier to install.

Z-Wave Plus devices also have up to 50% more battery life, richer device profiles, better self-healing capabilities, and additional RF channels to help reduce noise during communication. In addition, Z-Wave plus also use Over the Air Upgrading, which means upgrades can be installed by the mesh network instead of separate installation for each device.

How Does Z-Wave Work?

Z-Wave works by forming a wireless mesh network of Z-Wave devices that communicate through low-power RF signals. Instructions hop from one device to another in this mesh until they reach their intended device. Messages are initiated by the source device (a Z-Wave hub/controller), which either entirely or partially specifies the path that the message will take to reach its target device.

The message then hops through devices to reach its destination. Hence all devices are interconnected. Adding more Z-Wave widgets improves the network's security and reliability. If there are dead zones in the network or a device has stopped working, messages can be routed through a different path in the mesh.

What Does a Z-Wave Hub/Controller Do?

A Z-Wave hub/controller acts as the brain of a Z-Wave network, similar to a wifi router in your internet network. The hub has the most processing and storage capability of all devices in the network. It can receive, process, and send messages from devices in its networks. It also stores logic and encryption data for the network.

The hub is also capable of receiving instructions from you, the homeowner. The Z-Wave Hub can be connected to the Internet, which means you can give it instructions via your phone or computer, which it then processes and routes through the Z-Wave mesh. Hubs are also capable of synchronizing with personal assistants such as Google Assistant, Alexa, or Siri.

Z-Wave devices can be divided into three categories

This is the most crucial part of a Z-Wave network. The Z-Wave hub/controller can receive instructions through a user interface, process them, and route them through the mesh network to their target device. The hub is capable of receiving and sending information to all devices in a network. In addition, hubs can also be connected via secure gateways to the Internet, making them more remotely accessible. Other devices in the network are aware of their own neighbor's status, while the hub is continuously aware of the entire network.

These are permanently powered-on devices. They can receive instructions from other devices and relay them forward in the mesh while performing their tasks.

These are the simplest devices in the network. They can receive and send information that affects them but can not relay data to other devices. These devices are usually battery-powered.

Are All Z-Wave devices Z-Wave Repeaters?

Most Z-Wave devices are repeaters, but not all of them. Repeaters can relay information to other devices, so they need to be powered on all the time, so battery-powered devices aren't usually repeaters. Repeaters have more processing and storing capabilities than slave devices but less than the hub.

Repeaters are mainly used to extend the range of a network. If an end device (slave) is out of the central hub's range, it can connect to a repeater that connects to another repeater or the central hub. Repeaters cannot edit information; they only forward it to other devices. Because of repeaters, a Z-Wave network can extend to kilometers.

How Secure Is Z-Wave?

During its early years, Z-Wave gained a bad reputation for its perceived lack of security, but that was not due to the tech itself but rather a poor implementation by manufacturers. High-end security protocols were already developed, but manufacturers chose not to use them.

Over the years, as Z-Wave certifications became more stringent, uncertified devices were pushed out of the market, and Z-Wave networks became more and more secure. Today, Z-Wave is considered one of the safest technologies in the home automation market.

Z-Wave networks are secured using high-end security practices such as 128-AES encryption, which financial institutions also use. Although Z-Wave has an interconnected network; all its configuration and installation keys are stored in an encrypted repository in the hub.

It is next to impossible to hack the wireless signals in a Z-Wave network; however, if an intruder gains physical access to your devices, they can extract the configuration key. To prevent this eventuality, users install additional microcontrollers.

What is Z-Wave Long Range?

Z-Wave Long Range (LR) is the latest update in Z-Wave specifications. Although primarily aimed at increasing the range of the network, Z-Wave LR also improves the connectivity and power efficiency of the Z-Wave network.

While previous Z-Wave specifications had a range of 100m (max), the Z-Wave Alliance claims that the new Long Range specification will be capable of transmitting wireless signals up to a radius of 1.6km. This tremendous increase will obliterate the need for repeaters within the confines of a house.

Z-Wave LR is also more scalable, offering up to 4000 nodes (older specification allowed 232 nodes). This means more devices can be connected to the network, making it more reliable and efficient. In addition, although the central hub will require more power, Z-Wave LR end devices will have better battery life.

How Far Can Z-Wave Transmit?

Currently, Z-Wave wireless signals can reach devices placed up to 100 meters away. Beyond this, repeaters will need to be used. However, newer specifications such as the Z-Wave Long Range provide much better ranges (up to 1.6km), removing the need for repeaters inside a home.

It is essential to consider that the range of Z-Wave devices is also dependent on the environment. Appliances such as baby monitors and landlines, which operate in the same frequency spectrum as Z-Wave, can produce a lot of noise in the network, decreasing its range. So, in addition to getting long-range Z-Wave devices, it is essential to use frequency channels that are not crowded.

How Do I Extend My Z-Wave Network?

Z-Wave networks can be extended by using repeaters. Repeaters are Z-Wave devices that can relay data signals to other devices further along in the mesh. If a device is out of the wireless range of a Z-Wave hub, it can connect to one of the repeaters close to it, which then connects to the hub. This mesh mechanism forms the basis of Z-Wave networks.

When a new device is installed in the Z-Wave mesh, it can either connect with the central hub or one of the repeaters, depending on which signal is stronger. The appliance will remain connected to that particular device. Because repeaters need to be powered on all the time, they are not battery-operated. Some examples are smart bulbs, smart sockets, etc.

Z-Wave is one of the leading technologies in today's smart home market. It is developed and maintained through stringent standards incorporated by the Z-Wave Alliance, making it backward compatible and interoperable. If you want a wireless technology that offers low power and high range without interfering with Wi-Fi signals, Z-Wave is your best bet. 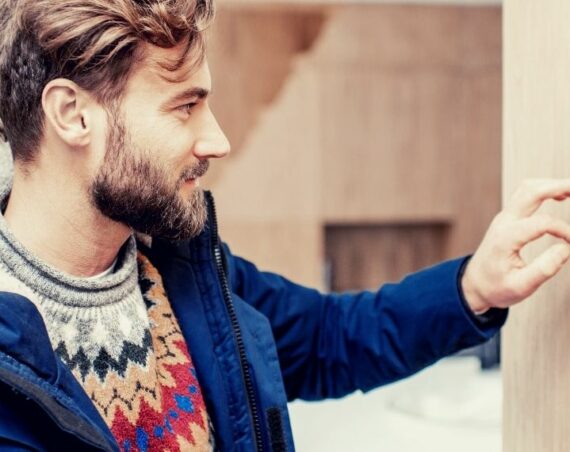 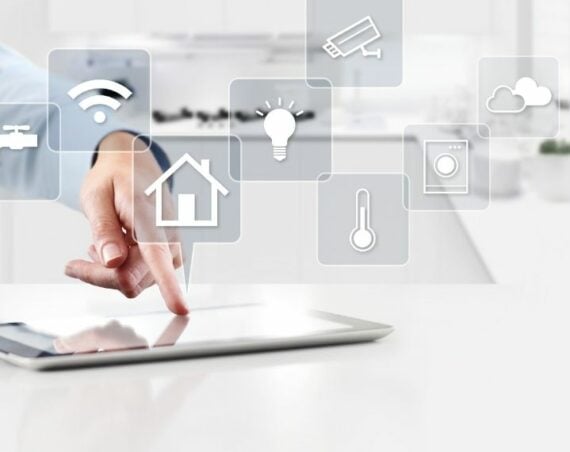 20 of the Best Z-Wave Devices for Your Smart Home!